I would like to take this opportunity to introduce you to our Company and primarily its Founder, Enrico Palarchio. Enrico, along with his family, has been involved in many aspects of the food business.

Enrico came to Canada from Italy in 1959 when he was 24 years old and worked at a lumber Company, but the food industry was what he wanted to specialize in. It was what he knew and loved best as a chef in Italy where he experimented with many specialty Pastas, Meats and Sauces.

He started as a butcher at a local Meat Market in 1963 and later the same year also worked in & managed a second food and clothing store gaining experience and knowledge in the retail trade.

Enrico by now had mastered the English language and had managed to raise the capital for his own business. In 1965 he opened his first Meat & Deli Shop. Eugene and Fiore Palarchio, his eldest sons now run the store, known as Paesano Foods specializing in Gourmet Hot Deli, Take Out and frozen prepared entrees.

In 1972 the family branched out into the Catering and Restaurant business and expanded in 1976, providing off site catering to facilities in Sault Ste. Marie and area, ranging in numbers of 100 to 2000 persons.

Richard Palarchio with assistance from Mama Teresa has continued his father’s tradition of excellence since 1985, adding on site catering with the “Primavera Banquet Hall” specializing in wedding, anniversaries and small Parties. The Primavera Hall was sold to new owners in September 2011 and Rico’s now specializes in Off Site Catering.

In May 1986 Enrico and Richard established Good Old Dad Foods. In 1993 we expanded and modernized our facility with Spiral freezing and new machinery technology. Rico’s is able to provide a variety of quality home style products for the Food Service, Retail and Private Label and Fundraising Industry. 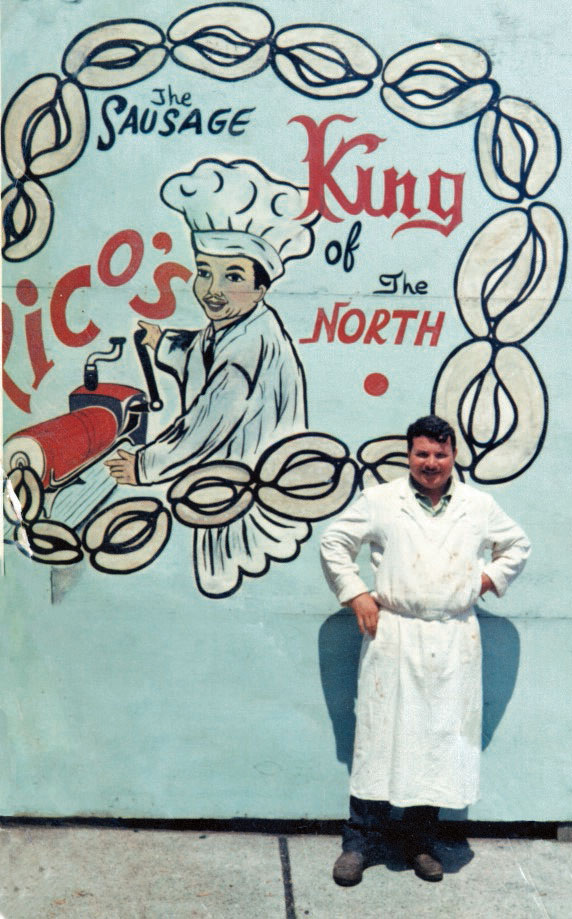